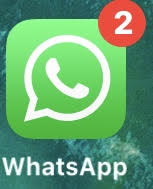 Creativity in human beings is the gift from God and should be utilized in a better way to achieve what it demands. This Man struggled throughout his life because he wanted to achieve something lesser. He knew that he would not get what he deserves and worked hard for achieving something lesser.

This Man is still not optimistic and lives a struggling life with a responsibility of his family on his shoulders. He worked in many companies just for experience and paid salaries lesser than his abilities. He used to ask for lesser salaries to get the jobs. And his intentions has been that he can get another good job after doing whatever job he gets. Thus, he worked on lower positions and still not successful as he used to believe.

This Man is not an ordinary person as he has tremendous talents and he has good business knowledge also. He can do any business with his skills to run the business to be successful. But, unfortunately he didn’t got a better opportunity to carry on with his businesses.

Highly Talented Man Got Nothing Still

Firstly, in his 12th standard he created physics formulas and those were the short cuts to get desired results in physics. However, his book on physics formulas that he prepared so well was lost. And he’s helpless as he couldn’t find that book still. So, later on he continued with his further studies and then got a low level job. He did that job with good hard work and was appreciated by his boss for his abilities. He’s also a creative writer and wrote many unpublished books, lyrics and poetry.

He believed that he’ll find peace by doing a job no matter about what level the job belongs to. Earning big or small doesn’t matter to this Man and he carried on with his job hunting. He also worked hard for getting fame with his creative abilities but still he’s unsuccessful with his attempts. His character is such that he wants to make himself busy and loves a busy life and he still works hard for nothing.

Time only can help this Man to achieve huge success as he deserves. But, he never was listened by his siblings on his plans to follow certain path for success in his businesses. They used to stop him from going on deeper with his businesses and achieve success later on. They thought that this Man is working for nothing and his businesses termed as holes. The holes that they termed to his businesses are nothing but putting money little or more and getting no better profits. Hence, this Man struggled all his life and has become a Freelancer.

If you find any person with creative skills then just be with him or her to know about him or her more. When you realize that this person deserves more than what he’s doing then guide him or find a source for him. Sources that you come across should be informed to this person and encourage the person to keep producing creative content. Let’s not forget that there’s almost one such creative person in about 10 families across the world. So, let’s not ignore creative talent. The world needs creative talent and we should let the world know that someone has high quality creative talents.