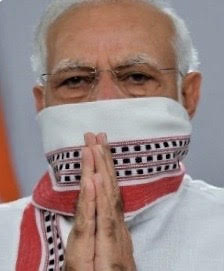 India will be losing another long term friend Bangladesh soon. This is so because PM Narendra Modi taking India towards such a disaster that India is losing their neighbors. Already lost neighbors with enmity include China, Pakistan, Sri Lanka, Bhutan, Afghanistan, Nepal, etc. This means that almost entire neighborhood of India will be lost as PM Modi made things worse for India. China is posing lot of threat to India even if United States supports India.

The situation is do and do for India to destroy China completely first to express strength of India’s capabilities. India cannot wait and watch to depend only on United States for strong support. Narendra Modi taking India towards a new low in every sector, and in almost everything. Bangladesh and Pakistan were all time enemies since a long time. But China made these rival countries as friendly neighbors. Situation in Kashmir also made PM Imran Khan of Pakistan to have telephonic talks with PM Hasina Wajid of Bangladesh. India trying hard to find out what was the outcome of the telephonic discussion between PM Khan & Hasina Wajid.

Bangladesh supposed to be transferring all major projects to China from India. Iran also ignored India to benefit with projects because of situation in Kashmir. Projects involve investments and from the said investments, countries boost their economies. But India is in deep trouble because of PM Modi’s fascism policies to benefit BJP selfishly. And never trying anything good to benefit the people of India. However, India’s foreign ministry looking to help BJP for face saving against Indians. Indian media also trying hard to create fake news in support of PM Modi. What will the Indians gain with such strategies?

Indian high commission; Ganguly Das since 6 months wanted to meet Bangladesh PM Sheikh Hasina Wajid. But she was not given due respect too. And she rejected her requests. Iran already left India and if Bangladesh also leaves India then it would be a great disaster for Indians.

PM Modi used to fool Indians. And he’s totally exposed now. BJP’s lies are major setbacks to India. BJP govt needs to be clear otherwise India will find deep trouble in the coming months. The BJP govt should stop hiding important updates from Indians or at least stop creating fake news. People, who speak against BJP even though for benefiting Indians will be pushed to jail. This is nothing but illiterate leadership from PM Modi. Teachers also learn few things from their students but BJP never listens to anyone. Narendra Modi taking India towards disasters, which’s a concern for one and all.