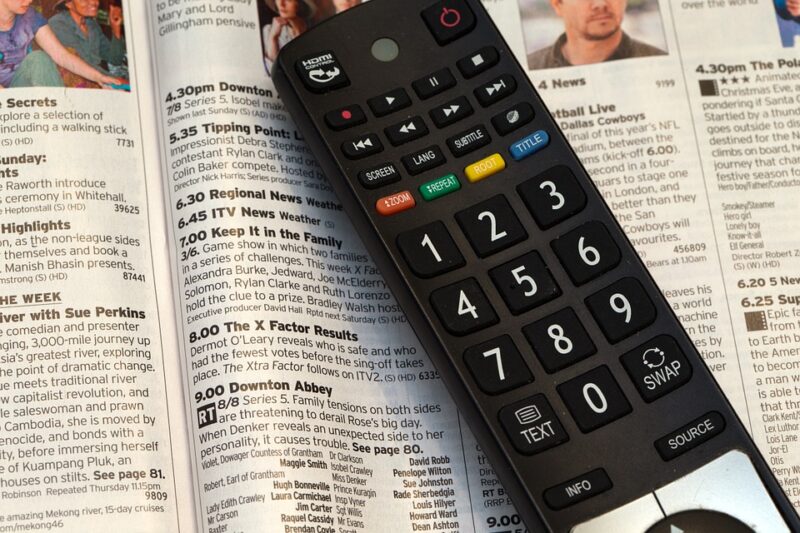 Ever since Television came into existence it was fun all around and people used to enjoy watching movies and Television shows and the then they were not bothered about the news channels. In the early 90’s the fun started by News channels by showing news as interesting as they could.

Now that the Television News Media is sold to whom for they get paid from, they started the trend of repeating the news and elaborating a lot more so that they can earn a lot by the advertisements shown and they could only do so because they need to run their channels and by providing entertainment they can achieve their goals.

At present and since a couple of decades people’s minds got diverted towards Television news channels and they follow what used to be shown and feel that they can sit in front of the Television and highly exaggerated news comes to their way and they listen and watch the drama in the news stories.

People need to understand that all hype created and the sold news channels are in fact not reliable as by the genuine Indian point of view because they show what are not the facts but they create news, which is disappointing.

The Television News channels in India progressed a lot over the years and continue their fake policy to attract the masses.

The Television Media in India is biased and as a matter of fact, one could only get entertained and not at all able to know the truth of what’s happening in India and around the World because they do all the dramas in presenting the news.

They target one community and make fake videos and show to the masses and they try hard to make people believe, which’s fake and they create the news in such a way that the people watch for a long time on daily basis, and they make the ones who pay them get satisfied. What’s more they go beyond their limits and play a divide and rule game. Spreading hatred and providing fake news as factual are their games to make money.

Disclaimer: The inhandwriter used to publish fictional stories in their stories’ section for entertainment and much more but sometimes the online channel gives priority to factual true stories. It does not mean that the stories about various topics as the inhandwriter claims to be true may not hurt any of the communities. It is our duty to bring fictional and truthful stories for the people to know the inside truth. However, inhandwriter does not take any responsibility of the content that might hurt various business owners for their stories need to be disclosed here for good.