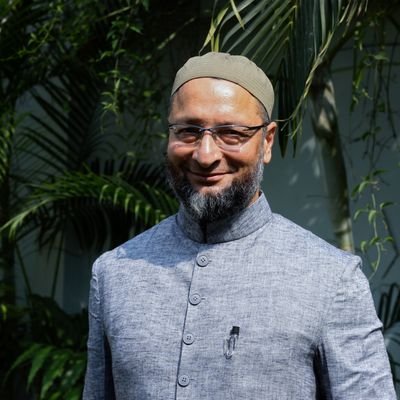 Asaduddin Owaisi gets DHOKA from TRS on triple talaq bill

BJP Government was unable to pass the Triple Talaq Bill for the last 19 months in Rajya Sabha despite passing it in Lok Sabha thrice. Congress party and other opposition parties wanted the Bill be sent to be a Select Committee. However, the BJP Govt ensured passing of Bill in Rajya Sabha through backdoor methods by making its secret allies like TRS abstain from voting. Shabbir Ali said in a statement today

Shabbir Ali said that the NDA Government did not have the required strength in the Upper House to pass the Muslim Women (Protection of Rights on Marriage) Bill. But it made pseudo secular parties like TRS to abstain from voting which brought down the effective strength of the 240-member Rajya Sabha and the majority mark. Consequently, the demand of opposition parties to send the Bill, which outlaws instant Triple Talaq and stipulates three years jail for violations, to a select committee was rejected with 84 members voting for its and 100 against it.

“By abstaining from voting, TRS has exposed itself and now it has been proved beyond doubt that it is an ally of BJP and unofficial partner in NDA Government. The Congress party has been saying since beginning that TRS was a B-Team of BJP and today our stand was vindicated. If TRS was truly secular, then it should have voted against the Bill. But it sailed with the BJP, but by wearing a fake mask of secularism. KCR has clearly back-stabbed the Muslim community,” alleged Shabbir Ali.

The Congress leader said that the TRS was never a secular party and it had a hidden agenda against Muslims. “All clerics and Muslim organisations that have been supporting TRS should now introspect and review their stand. As the famous Urdu couplet says, ‘Lamhon nay khata ki thi, sadiyon nay saza paayi’, entire Muslim community has been facing the punishment for the mistake of supporting TRS in elections. He said at least now the clerics and organisations should realise their mistake and take corrective measures.

“MIM has been extending blind support to TRS since 2014. Asaduddin Owaisi had condemned the Congress party when it tried to expose the real face of TRS. After the passing of Triple Talaq Bill the true face of TRS and KCR has been unmasked. MIM and Owaisi must now clarify their stand on TRS. They must tell people whether or not they would continue their friendship with the TRS?” he asked.

The Congress leader pointed out that TRS has always supported Prime Minister Narender Modi and BJP Govt at the Centre since 2014. KCR was the first to support demonitsation, GST Bill, Niti Aayog and also recently RTI Amendment Act.

Shabbir Ali said that KCR should now stop misleading the Muslim community by calling himself secular and anti-BJP. “The way TRS MPs staged a walk out from the House to facilitate BJP Government pass the Triple Talaq Bill in Rajya Sabha, the support of Muslim community will vanish for TRS in Telangana,” he said.