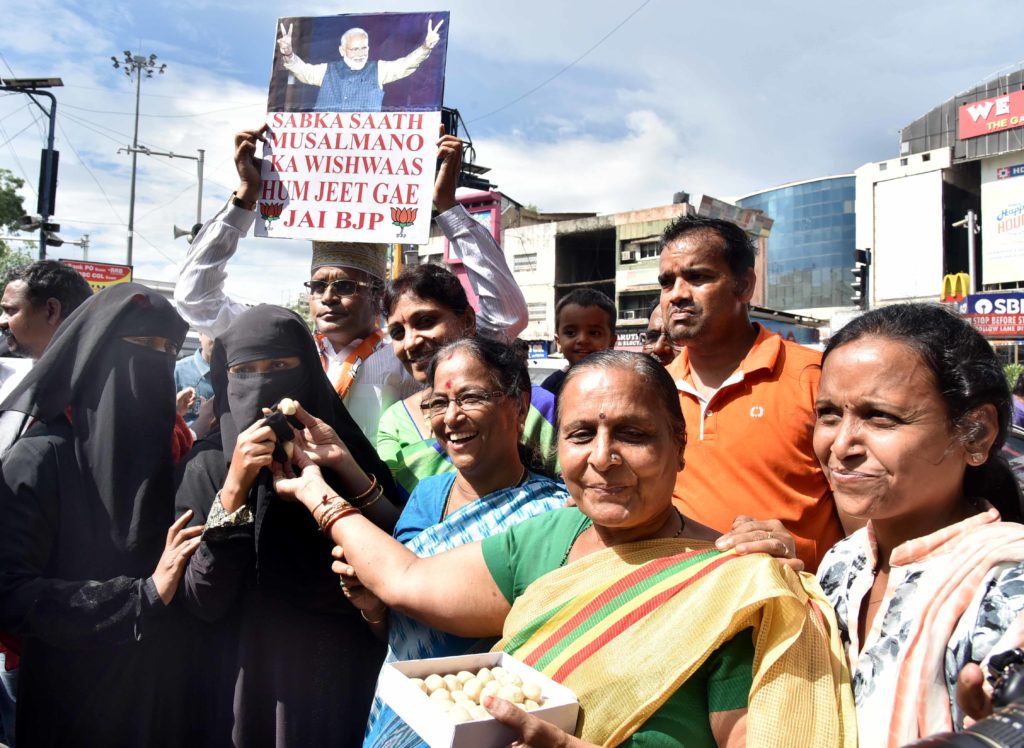 BJP party members and leader’s participated in a celebration with fake Muslim women. They looked cheering BJP after the successful presentation of Triple talaq bill. The bill was passed in both Houses of the parliament. BJP members were seen celebrating this at Abids in Hyderabad on Wednesday.

Many Hindu women also joined the triple talaq bill as it was passed much to the favor for BJP for their dream come true. In the Burquas as you can see no Muslim woman was there to celebrate the triple talaq bill. But, it was noticed that the BJP members brought some women by letting them wear Burqua to join the celebration. It was indeed the acts that tell a different story.

BJP members wanted to celebrate the passing of triple talaq bill and were well prepared to bring women with Burquas. These women in Burquas were not Muslim women when further investigation done. However, the BJP wanted to tell the people that they won the hearts of the Muslim women at least. The reason for their celebration is indeed well planned and was carried out to express their feelings of joy. This again comes as the blame game played by the BJP members. Today they think that they won the hearts of Muslims but they’ll only win Muslim votes when they stop violence. They should be aware that Muslims will be pleased if mob lynching is stopped and they live freely without being troubled.

Many Muslim youth has been arrested since a long time even if they don’t do at least a minor crime. The BJP members should start agitation against their own government to stop troubling the Muslims. Then Muslims will be pleased with government, it was reported.