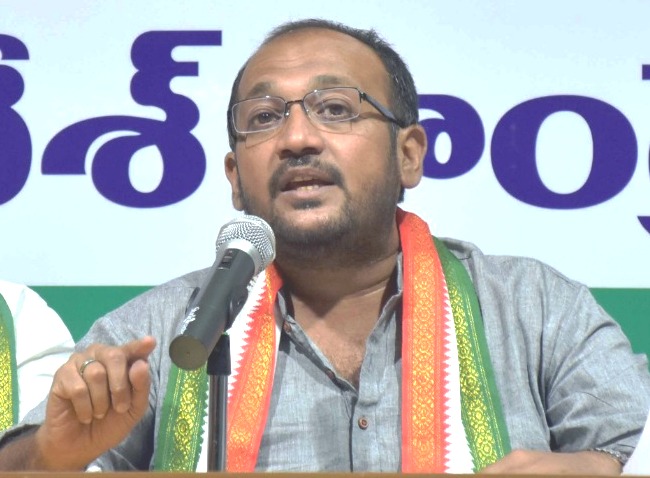 Muslim leaders in TRS should resign from posts, says Congress

“Muslims of Telangana have trusted Chief Minister K. Chandrashekhar Rao and voted for his party in two elections. They believed his claims that TRS was a secular and anti-BJP party. Despite being warned by Congress party that TRS was a B-Team of BJP, they voted in favor of TRS candidates in general elections. However, TRS has betrayed the Muslims by supporting the BJP Government in passing the Triple Talaq Bill in Rajya Sabha by abstaining from voting,” Sameer said in a statement today.

Sameer alleged that CM KCR first cheated the Muslims on the promise of giving 12% reservation in jobs and education. “Originally, KCR had promised to implement 12% quota within four months after coming to power. But the promise remained unimplemented even after six years. He cheated the Muslim community on several counts in a systematic manner to deprive its members their due share in education, jobs and other opportunities. KCR and other TRS leaders have been wearing a mask of secularism for the last six years so as to hide their real anti-Muslim face. But now that mask has been removed. It now proved beyond doubt that TRS and BJP were in a ‘living relationship’ with both supporting each other,” he alleged.

The Congress leader demanded that all Muslim leaders distance themselves with the TRS party in protest against its betrayal to the community. “Home Minister Mahmood Ali should resign from the cabinet and MLC post to register his protest against TRS party’s decision to support passing of Triple Talaq Bill in Parliament. Bodhan MLA Aamer Shakeel, MLCs Farooq Hussain and Mohd Fareeduddin, Chairmen of various corporations including Wakf Board chief Mohammed Saleem, Urdu Academy chairman Raheemuddin Ansari and others should also resign from their post on immediate basis.

Sameer said that the TRS has already betrayed the Muslims and now it is time for the Muslim leaders associated with the ruling party to prove their loyalty towards the community. “They should decide whether they would still sail with KCR and TRS who supported the BJP Government or back the Muslim community which has been betrayed by pseudo-secular parties and leaders,” he said.The HCCC Minorities Dept chief said that the Congress party would create awareness among the Muslims on how they were cheated and betrayed by KCR Government.