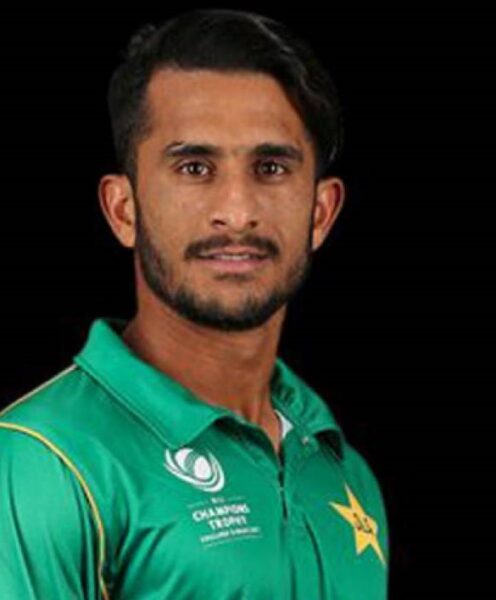 Hasan Ali, the much under performing cricketer of 2019 world cup was seen in Dubai. He is all set to marry an Indian girl from Haryana, who lives in Dubai with her parents. The Pakistani cricketer met Shamia on various occasions, when he was introduced to her by his friends in Dubai.

They met together frequently and fell in love irrespective of their Pakistani and Indian origin. The couple will get married soon according to the sources when both respective families take a decision for the Nikah date. It will be confirmed soon that yet another Pakistani cricketer will marry an Indian girl. Shoaib Mallik being a Pakistani married Indian Tennis star, Sania Mirza. Previously, it was reportedly was debated a lot in India upon the Marriage between Sania and Mallik. Both of them have a son, by the name Izhaan Mirza Mallik, who was born in 2018. The two cricket and tennis stars are happy with their marriage and are from rival nations of enmity.

Shamia Arzoo will marry Hasan Ali as she’s an Engineer and is waiting for Hasan Ali’s parents to decide. She has completed her Engineering in the year 2018, it was reported.

Hasan Ali was the most successful player in the Champions Trophy. His captain Sarfaraz Ahmed led the Pakistani team to win the tournament.

Pakistani Marrying Indian Not An Issue

Moreover, the marriages between Pakistan’s cricket players and Indian girls were disliked by the majority of Indians. According to Islam marriages depend upon choice and not made in heaven. As such the Almighty Allah has given the Muslims the right to choose and marry. But, Hinduism say’s marriages are made in heaven but they keep on criticizing Indian girls and Pakistani men.

Decades back, Imran Khan was loved by many Bollywood celebrities including the non Muslims from India. Every Indian girl was the greatest fan of the charismatic Khan. Later, on Mohsin Khan, a Pakistani cricketer married Bollywood celebrity and high grade actress.