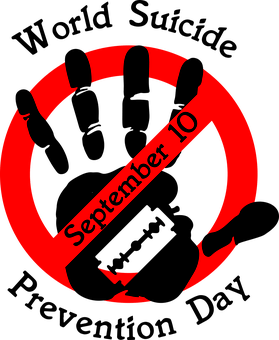 Every soul will taste death for sure. And at what time the death comes for anyone to leave the world is unknown.  A man in his late twenties attempted suicide and he was again wanting to live. He told his cousin, who was 7 years older than him to do something as he took poison. The poison was nothing but thirty 10mg sleeping pills. Generally a sleeping pill is of 0.25 mg or a bit more. But his case was different because he used to suffer from sleeplessness. And he has to take 10mg tablet everyday in order to sleep. Now, think how this man attempted suicide was saved from a shocking and painful death?

He’s of the age 28 years. A matured but patient of depression. This also sad to know that youngsters too, suffer from depression and sleeplessness. As soon as this man, who’s name intentionally not mentioned told his cousin that he want to live. And within seconds the man fell down unconscious. His cousin, who used to live, too close to his home, a neighbor, took this man on bike. Though the man after taking too many tablets of 10mg, was unconscious, his cousin took him from hospital to hospital.

No hospital was willing to take this man because he looked so much serious. However, the cousin of him ended his hunting of hospitals right at NIIMS Hospital, Punjagutta in Hyderabad. There he was treated. Within few days he was recovered. But his stay at the hospital was too scary for other patients and attendants. Whenever he used to gain consciousness, he used to shout and also used to kick the nurses.

Troubled Even After Fully Recovered…

The doctors told the nurses to tie him with a rope, in case when he started jumping. So, again when he lost consciousness during the treatment, the nurses tied his hands and legs to the bed. A big relief, right? However, he was then slowly recovered. His cousin, told another cousin, who was 20 year old, to stay with him because he had to go for some work. Though this man attempted suicide was then again fully recovered told the younger cousin to unknot his hands and legs.

This man also assured the cousin that there’s no worry now. But doctors and nurses were not there. The 20 year old didn’t listen to this man, who attempted the suicide. And then the man began shouting so wildly that everyone in the ward were troubled.

After about 8 hours, the man’s struggle to get free from being tied, ended when his older cousin reached him. He untied him and cleared the bills. The relieved man, who attempted suicide was not only discharged from the hospital but also was feeling good.

The reasons of his suicide attempt not to be disclosed. He’s fine and doing good now. This incident happened in 2001. Now this man is living happily, married, with kids, and job at hand. Very active and too much hardworking.

How We Report Posts Like This Man Attempted Suicide…, Etc.