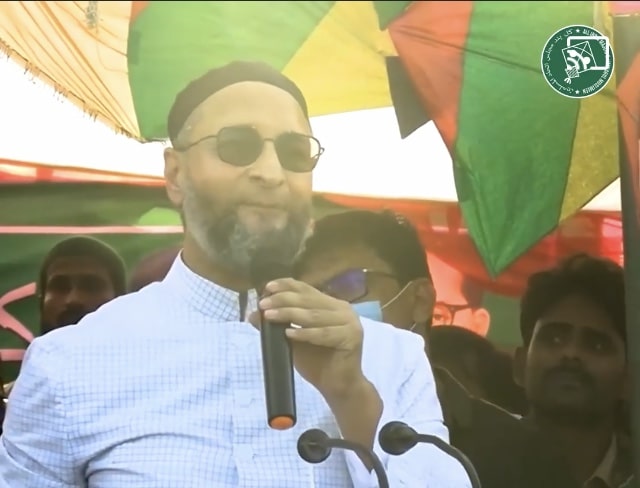 AIMIM (All India Majlis – Itehaddul – Muslimeen) President and Hyderabad MP Asaduddin Owaisi slams hate crimes in India, which are going on freely. “No control over these crimes would lead towards India’s image spoiled around the world. But this might not hurt you as you’re going on to sell India then why would you care about India’s image?”.

“Show me the solution for these hate crimes in India. How can hate be too much dearer than lives of the innocents? So, then to what extent? People are suffering even though they’re your own fellow Indians. They have to say religious slogans according to the wishes of the extremists after that they’ll be killed. Shame on you Modi Ji”. Lamented Hyderabad MP (Member of Parliament). He reviewed all the incidents including rapes, murder, beating up of innocents and mob lynching, where in India these crimes aren’t noticed and are ignored so easily.

“A day will come when you all will regret over the atrocities against the innocents. Innocents have no voices because they’re poor and can easily become the target to attract millions of BJP followers. This is dirty game of using poor innocent people to empower with joy of how they’re targeted to bear with whatever you want to do. Bataau Modi Ji. Ab saha nahi jayega aur – Yes please Modi Ji, now it has become unbearable”.

This is what a democratic secular nation teaches us to do? If this is the case then there will be retaliation from anywhere sooner or later. Remember this no one will be spared. Challenged AIMIM President.

Yes, Asaduddin Owaisi slams hate crimes because this has become too much.

Do keep visiting us frequently and search with your choicest words with the use of our search box. Read much more.