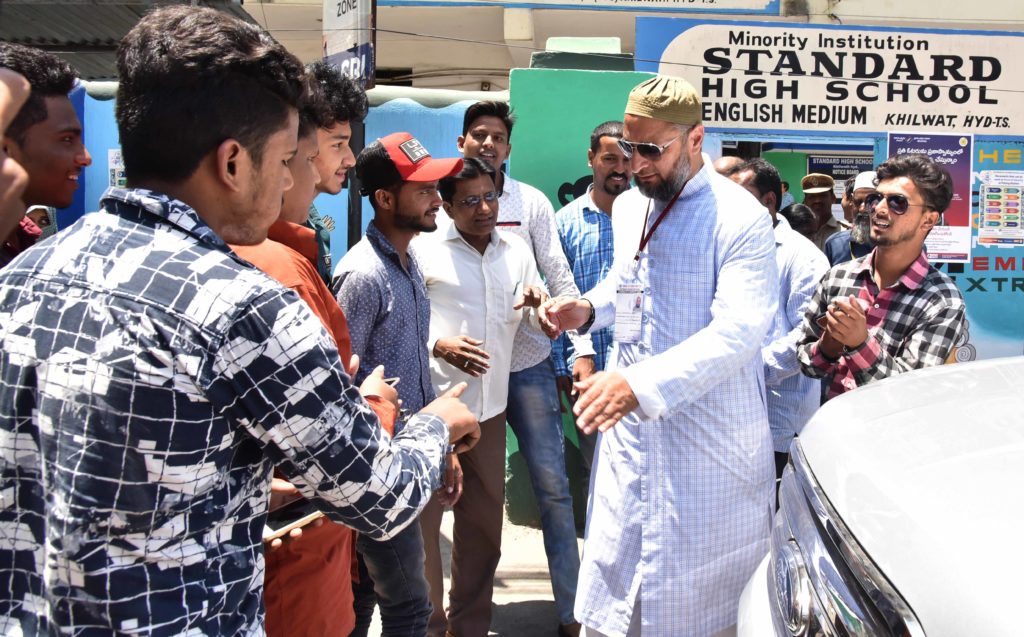 AIMIM is looking forward to win as many seats as possible. At least 30 seats guaranteed in “UP” (Uttar Pradesh), say reporters, who visited Uttar Pradesh. The question arises as why people preferring AIMIM? The All India Majlis e Ittehadul Muslimeen AIMIM in UP covering more areas as rising popularity of Asaduddin Owaisi used to be seen. People in Uttar Pradesh keep saying that AIMIM President Owaisi speaks in accordance with the constitution. He never goes against the constitution, which every political leader needs to workout.

The constitution should be followed as per what Baba Sahib Ambedkar written, told and taught.

People of Uttar Pradesh mostly Muslims preferring AIMIM in some areas. This is so because they want to express their love for the leader, who tries his best to protect the constitution of India. No other party in India speaks to defend constitution or about the constitution. Let Owaisi be the reason for most of the people in UP to vote for AIMIM irrespective of BJP victory . The reporters believe that AIMIM in UP covering more areas, and about 30 seats guaranteed out of 100 AIMIM contestants.

A man travelled all the way to about 400kms to show his love for AIMIM President and Hyderabad MP, Asaduddin Owaisi. The love for AIMIM is rising in UP while experts believe Yogi would benefit indirectly. He would speak in such a way where AIMIM has provided an opportunity for him to speak so. A religious battle again in Uttar Pradesh will be interesting to know more when the new year 2022 begins. People should prefer progress rather than believe in enmity between the two rival communities of India.

How We Report Posts Like AIMIM in UP Covering More Areas…, Etc.