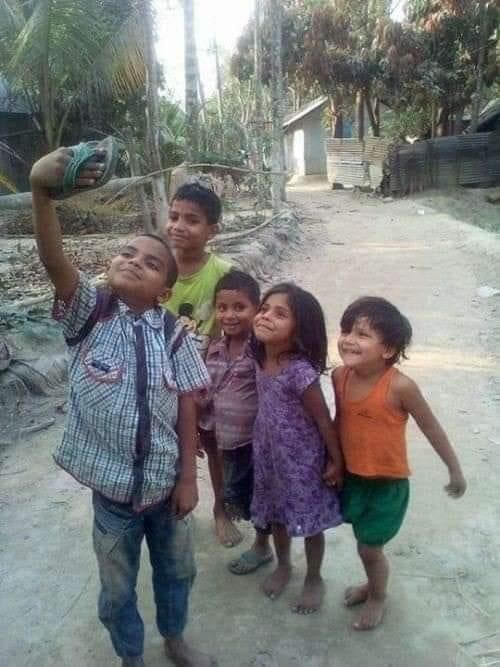 Politicians speaking about what good they did in order to “gain” votes. Poor people have so many reasons to trust any political party because a lot of fake stories reaches them. This creates hatred among at least two communities. BJP has hired thousands of marketing speakers to travel around Uttar Pradesh and speak about BJP’s good work even though they’ve to speak lies. They’ve nothing more to proceed for progress or initiate developments in Uttar Pradesh. They’ve experts, who do marketing. They can run ads on Television or in News Papers.

You can see how BJP leaders speak, and do what they’re not supposed to do. About 90% of BJP leaders are uneducated. They’ve so many reasons to create their own stories, which they don’t understand that their stories are false and are lies. Some one or many other exposes their lies on many occasions on a day to day basis. What the educated BJP followers do then?

They show the wrong picture, which puts BJP on top from the bottom. Even though they’re aware of the criminal minds of BJP and BJP leaders, they support BJP, just because of their wrong knowledge. Also they try to hide all bad to gain something, which they’ll surely regret later.

That’s someway to keep believing that one day BJP will do wonders for the majority. What good you’ve seen in the past 6-7 years? These lies of BJP to be known to the poor people, nobody bothers to highlight. If a few channels do show the facts then people start abusing them. That’s not fair. Find the truth and say whatever you want to say.

During Yogi Adityanath’s leadership, which he still claims that he’s a leader of 22 Crore people. In these 22 Crore people, there are some Dalits, Muslims and the poor people in Uttar Pradesh. He points at one community always to get attention of the masses. His fingers pointed at that community or clearly the Muslim community keeps him get going. He uses Muslims in his speeches in many issues of Uttar Pradesh, where he was responsible for the crises, failures or issues, which poor people still facing.

Wiping off BJP from Uttar Pradesh would be the first goal that people need to achieve irrespective of voting any party, which’s popular other than BJP. This first goal if achieved then it will be good if not the best.

How We Report Posts Like Helping Poor People In Uttar Pradesh…, Etc.