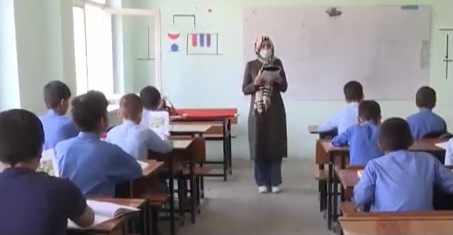 Muslims In India Not Troubled Like In Western Countries

A Muslim believes in One God. That’s the first step for a Muslim, to believe in Oneness of God and believe in the last Messenger, Prophet Mohammed (PBUH). The biggest sin in Islam is associating partners, which would not be forgiven if a Muslim dies without repenting. This is the biggest sin, which would make a Muslim to a Non Muslim. Disbelievers are too many in this World. However, Muslims in India not troubled like they’re troubled in Western Countries, committing major sins. There are a few Muslims in the Western Countries, who are “good Muslims”, or live following Islam righteously.

Islam is the fastest growing religion in the World. Every year so many Non Muslims accept Islam, throughout the World. However, in America about 25% of Muslims leave Islam every year while the same number of Non Muslims in America accept Islam. The equation will be better if Muslims do not leave Islam, which they do in order to purchase shortest Worldly life without worrying about the endless life of the “hereafter”. The “hereafter” is the life after death. Muslims in many Western Countries also known to follow Islam wrongly. Some are though truly in the righteous path while others love the pleasures of the World than worshiping the Lord.

So, Muslims in India not troubled because they’ve so many reasons, where many Muslims change every year to live according to the principles of Islam. The reason is simple because there are good Islamic teachers in India than in other parts of the World. There are more Hafiz (One who memorizes Quran and understands Quran) in India than anywhere else.

Just leave Gulf Countries because they’ve benefit of Arabic language as their mother tongue to understand Quran much better.

Why Muslims In India Not Troubled…

The reason why Muslims in India not troubled is not a reason but a comparison between lives of Muslims in Western Countries to that of their lives in India. India is a unique case. In India, innocents live oppressed lives, and without any reason and on false claims, arrested to be jailed for decades. The perpetrators are free to do whatever they want to in India and they’ll not be questioned if they trouble Muslims. The troubled Muslims in India are poor Muslims. This is where, the poor Muslims die as martyrs while fighting to protect their faith.

Why Point At Muslims Living in Western Countries?

However, in the Western Countries rich Muslims come from various parts of the World including India, they change their lifestyles. Though they earn a lot, they think they’re doing good, helping the poor people. They’re wrong if they do commit major sins continuously. Addicted to wine or any form of alcohol or drugs not permissible for Muslims. “Zina” and “Riba” are two big sins associated with Muslims living in Western Countries.

“Riba” is any form of taking or giving money on interest. Even if a Muslim tries to live a simple life in Western Countries, he or she would either take a “loan” or a “credit card”. These are the biggest form of “Riba”. “Riba” never benefits anyone in whatever way they want to rely upon, where smallest “Riba” is comparable to a “big offense” against mothers. Remember, even if you commit a smallest “Riba”, which taking money on interest or much more less than that and which links to “Riba”, then it’s like committing offense against your mothers.

India Belongs To Hindus & To All Indians…

India belongs to Muslims, Hindus, Christians, Sikhs or just anyone, who is Indian. That doesn’t mean that in order to protect Hinduism, mobs try their best to attack one or two unarmed Muslims, which are the poor people. They don’t attack rich Muslims because the govt does that work for them. The work of the govt is to arrest the rich Muslims on whatever false claims, where FIRs do the tricks.

How We Report Posts Like Muslims In India Not Troubled…, Etc.