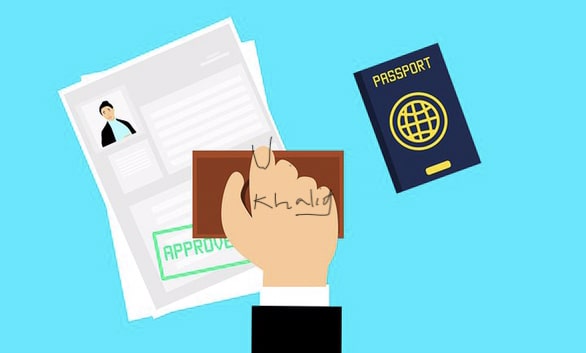 India People Migrating To UK Have To Face Quarantine

India is the top most country currently to see so many people migrating mostly to the Western Countries. UK is one such Western Country, which said earlier that vaccinated Indians not a problem but vaccine certificate. Before that UK (United Kingdom) didn’t approve India’s vaccine for sometime. However, now UK has some restrictions for India people migrating in large numbers. India people have to face 10 day quarantine from the date of their landing in UK. With so many middleclass and people of the in 30s lost their jobs, and also some of them want to leave India. “My first goal is just get out of this Country”. Said a 35 year old. People in India have seen so much including the NPR, CAA to the farmers protests, and losses in businesses wanting desperately to leave India.

Various violent attacks after Delhi was attacked with regard to hate crimes, India has become a headache. The life in India just not pleasing the youth and the middle aged people. They’ve so many reasons to migrate. Options for them mostly that they like are moving to Western Countries. UK is one such Western Country among many countries, which can make people from India to earn more. However, if their stay in UK is legal. Illegals couldn’t survive in UK. Most of the students from India on Tier-4 visa wanting to leave India in order to stay permanently in UK. A sad but true story, where India people also seen happy when multiple entry visas up to 10 years stamped on their passport in order to work illegally. That’s not helpful after sometime as deportations go on or carried on.

Travelling Possible But To UK, Be Prepared…

Though visit visas couldn’t help India people much to find high earning odd jobs, they still feel that that’s worth. A study showed that every year about 50,000 people from India, Pakistan, Bangladesh, Nepal, Sri Lanka deported. This average of deportation keeps rising. There are many rich India people in the UK, staying as Citizens, want to visit India. But, to their bad luck they need to go for self isolation as soon as they return from India. This is with effect of the souring relationship between India’s and UK’s Prime Ministers.

Before you want to land in the UK in October or November, don’t wear too much warm dress. The winter in UK starts from the end of November. You’ll be uncomfortable while you travel wearing warm dresses in this month of October. It’s possible to take a direct flight, which will take 9-10 hours journey time. Also you’ve to take COVID test (PCR) and even if you test negative, you’ve to go for quarantine at least for 10 days. This way, and in many hassles, you should try to answer queries nicely and cleverly to the emigration officer.

India people migrating to UK on large numbers since 2020, and the number is increasing. India people have to face quarantine of 10 days after landing in UK.

How We Report Posts Like India People Migrating to UK…, Etc.