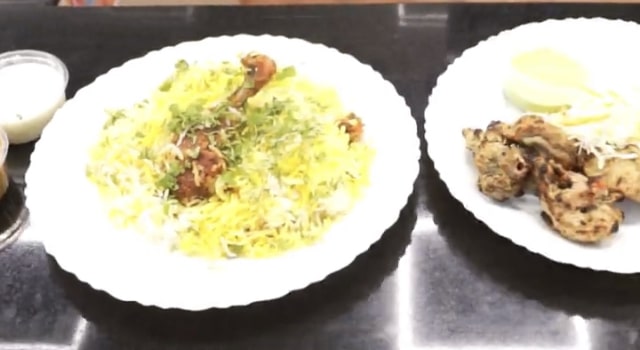 What you think of greediness of all kinds? There maybe greediness to look for, in applying for a job, which then always appreciated when employers know this. This is what in a way, so good that employers mostly like greedy people because they want their businesses to grow and grow more. Well, you might be surprised to know what all greediness in today’s world are on? Some people prefer and some people are comfortable with greediness. Yes, the greediness of all kinds would be better to know than acknowledging to what you keep ignoring about greediness, a bit more to disclose. Right?

What happens when you see a beggar asking you for a little bit of money to feed his or her children. He or she would say typically, few emotional words. You would then give him or her a lot more money than what he or she expects.

You’ll be surprised again. Why? This is so because he or she moves away from you, and uses the same emotional words for someone else. You would be shocked as why not he or she used your money. You won’t notice that he or she is greedy and his or her job is to beg the entire day, saying the same emotional words. So, you’ll worry, and a bit more to create a story out of it. These stories often not disclosed. So, here is all such incidents. Do make a note.

Greediness of all kinds disclosed a bit more:

You’ll know more or less about greediness of all kinds, but it’s good to know the most common ones. Once, a job aspirant wrote a test and also passed it in merit along with an interview. He was asked about how much salary he expects? He said, “I’m not greedy and I’ll accept whatever salary the company offers”. The HR was impressed and so was the interviewer, and this was told in a nice tone to the CEO or the business owner.

So, he pointed that rolling stones never achieve success. They’re not good employees to the company because they move from here to there, having intentions of gaining experience. Yes, he sent him back home this way by saying few harsh words. The jobseeker realized this mistake, much later in his life, and so by the time he started looking for interviews, where he would be a bit different, he lost a lot. Yes and not anymore interviews had come in his way, and he was left jobless for 10 more years.

The tense minds do have greediness. They keep on hurting people until they come up again using highly abusing foul language. This last final words would definitely create trouble, and more trouble. The reason is, some people start ignoring these tense minds, and so they’ve no choice, but to use highly unacceptable words. The story again created here because of the greediness of the tense minds, who want to relax even if they’re ignored because of their mindset and behavioral changes, which affect them a lot when they’re ignored.

Bad memory in the sense that “some people” forget their own mistakes and keep asking what wrong they did? That’s what tense minds want to remind them and since they were too much worse after saying such unacceptable words, they won’t be forgiven. Here, the greediness is from the tense minds at first, who insult the “some people” much more, and then the “some people” are also greedy.

They want an explanation of what wrong they did or they want the tense minds to fall on their feet, if for a reason to be forgiven. Meanwhile, they will not be ready to learn about what explanation the tense minds keep having and have to say. No explanation listened, means nothing good for the tense minds, who live horrible lives because they’re the ones, who then ignored a lot in many important group discussions or celebrations. This story again makes no sense since greediness is good, but it’s not good to be too much greedy. Right?

Both Good or Bad Greediness…

Greediness in looking for a job-change maybe good at times since you want peace of mind. But again, if you keep on changing jobs, it would affect badly to your career. You’ll be called as told earlier that goes here, “rolling stones won’t achieve success”.

Some of the good type of greediness could benefit you in a long-term, and as a long-term goal. Here, people wait for almost 25 or more than 25 years and stay in America or similar more job opportunities’ providing countries. They stay for 2 or more decades, working on low-level jobs, particularly in America in order to get a green card. That’s their patience as every year passes by, they think they’ve more chances of getting the green card, etc. or a good job. These people are mostly from Asia. Fortunately, if they get a green card after spending 25 to 30 years in America, mostly they’re called NRIs, they try to visit their country of birth, India.

They find everything changed in India or any other Asian country. No more relatives, no more closed friends, nothing will be same as they lived before along with good or bad. Here comes, a Hindi or Urdu’s popular sayings: “Main Khush Meri Biwi Bachche Kuch”. This means I’m happy and my family happy. That’s it. So, they live for their children from there on and they’ve to start again from scratch after they offered the green card or citizenship, and so on. Their patience is tested here. A hardship for them in America for more than 25 years turns out to become good. However, everything has a limit.

Some people do hunting and they keep on doing so. That’s the greediness they’ve because few of them say, “until I hunt a tiger, I won’t give up hunting”. That sounds horrible to many listeners. Their hunting goes on and in, on their bad day, they end up in jail. Mostly, in India, this happens a lot. Currently, many or you can say dozens of hunters arrested on a daily basis or on weekends. The belief of trusting in greediness of all kinds can make people selfish.

Some people smoke and drink unnecessarily just too much, which is very bad for their health. The greediness here is, they want to enjoy life as much as they want. Desperate people.

If one fake news goes viral, news-portals start creating fake news continuously. This way, they earn a bad name as people aren’t are so foolish.

We’ve posts of 2000 words to 8000 words for you to read meaningfully. But our intention is to consume lesser time of our readers for them to go through our site experiencing different interesting topics too. There are much more topics than learning and having fun as we keep In-Hand-Writer always updated for you.