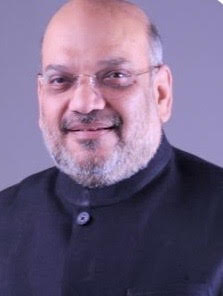 Union Home Minister is not that busy to never come out. And speak as he claims he’s busy over COVID-19 impact. This claim of his is from his twitter handler. He repeatedly and frequently tweeting with the opinion of Amit Shah. But, Amit Shah not speaking to media or never coming out even with a short video clip. This shows that the Union Home Minister is hiding something that BJP govt under PM Narendra Modi wants him to.

The media is quite over what’s the atmosphere that created about missing of Amit Shah. No doubt that Amit Shah is missing from all the scenes and might be in severe health problem. Intellectuals and experts claim that Amit Shah is always ready whenever someone talks against him and that goes viral. It’s a matter of concern for the people of India to believe what Amit Shah’s twitter handler keeps posting. Moreover, news channels also creating lengthy news posts based upon Amit Shah’s tweets. The tweets are always done by the twitter handlers for the BJP leaders. And they have huge fan following with their BJP IT cell. Thus, Amit Shah not speaking to media or never coming out puts something good or bad to happen soon.