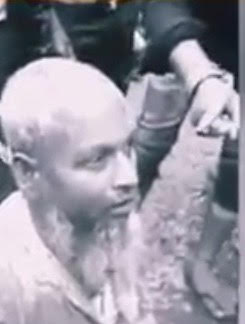 It’s a true story of the Indian Prime Minister’s downfall. He got what he deserved and even lesser as he’s a liar. His days of being at the top position are going to end and no more harm he can do after his exit. The book about him includes his various activities to begin with but it’s just to make the story interesting otherwise everything is clean and clear. Only to write about his various activities is a small peace gesture to him, and that he had never done any good work though and those are included.

However, the journey of the Indian Prime Minister from being a tea seller and an RSS member to second time winner is all but the truth. I apologise if some other bad deeds of the Prime Minister of India aren’t included in this book, which might be known to the world soon. But, you can find out that he’s cheating Indians a lot and troubling the minorities, specially the Kashmir people. Please go ahead and read the story as his biography.

There are many instances in the book, which will be repeated and are not in order. I tried my best to write order-wise but it’s the hurry that made me to write whatever research I did in quick time. I also apologise for bringing the facts about India’s Prime Minister after a long time.

This book should have been written in the early 2019 but it’s never too late. I think the facts are not in depth to acknowledge Mr Modi as the terrorist because he was able to escape after creating violence in India. He is the criminal and lives a life of a King and travels across the globe freely. The ban from US government to Narendra Modi for entering US for 10 years was itself suggests that he’s indeed a criminal.

I want you to read this book with open mind and do not get hurt as things are factual and should be revealed. However, many paragraphs in this book do not relate with the next ones. Do read the book again to understand the Modi game that is on for Indians.

The Hatred of PM (Facts)

Narendra Damodardas Modi was born on 17 September 1950. He is currently an Indian controversial politician serving as the 14th and the current Prime Minister of India since 2014. He was denied visiting the US for 10 years following his massacre of Muslims in Gujarat. Known to his followers as Namo, he was also the controversial Chief Minister of Gujarat from 2001 to 2014.