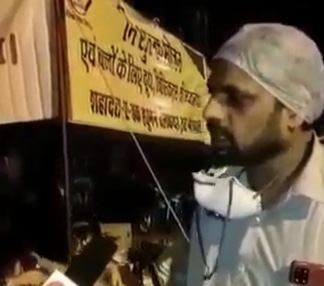 Remember the Prime Minister of India Narendra Modi started the campaign of PM CARES SBI account. In his campaign he wanted all Indians to fund PM CARES in whatever amounts they can credit with. So, almost 70 Crore Indians had come forward. And credited the account with amounts ranging from Rs 2000 to Rs more than Millions. However, BJP govt is still in the process to convince the people that they’re helping the poor people. But no poor Indian helped and moreover they’re living tough lives. Muslims in India then have come forward since couple of months to help the poor people in India.

The Jamat e Islami (Muslim group) trying their best to help the poor people, to whom it was necessary to get helped. Jamat e Islami started the campaign unlike BJP’s PM CARES and they have been found on highways and found helping travelers. And in this hot summer, various Muslim groups are camped in several places as we come to notice that they’re helping the poor people. The Almighty uses Muslims for the rescue of the poor people and that’s happening currently. More Muslims need to come forward to help poor people of any religion and gain good rewards from Almighty. This is a very good cause that Muslims are currently doing in India. Helping helpless people is a very good deed in Islam.

Do Not Bother About PM CARES Fund

We also noticed that some non Muslim groups also coming forward to help the poor people. Yet, the requirement in India to help the poor people is more than you can imagine. Many laborers are dying of hunger and middle class youth committing suicides. So, it’s pathetic. And we need to ask our govt to use the PM CARES fund over the poor people. If they do not do so. And they’ll never do so. This is again their selfishness. They’re benefiting themselves.

They’re doing what makes them to be in the news. They also diverting the attention of the people of India towards their divide and rule policy. Let’s do our best and come out from homes only to help the poor people in India because PM CARES is a scam. And with this scam. And many other scams, the BJP is ruling the country without bothering about the poor people in India.

Muslims shouldn’t bother about what’s in store for them to be degraded in India with fake stories. They should continue to do good deeds and keep patience. Indeed the Almighty is with the people, who keep patience.