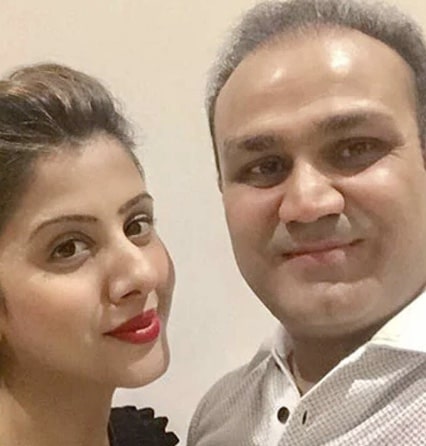 Punjab managed to win against Bangalore at a marginal way after Nicholas Pooran hit the winning runs. Had Pooran gotten out first ball and disappointed his team by not helping them, then who would be blamed? Yes, Punjab notched up their second win of the season at the last ball of the one sided match. Both Punjab’s wins have come against Bangalore. KL Rahul played an unbeaten knock, but former KXIP skipper and mentor Virendra Sehwag blamed KL Rahul.

Virendra Sehwag blamed KL Rahul, and said that Rahul should learn how to finish games. And especially after batting so well right till the end. He said: “Rahul needed to finish the game by the 18th over instead of penetrating the match into the final over’s last ball. The moment when Punjab needed 11 of 18 balls, Rahul could have finished the game 2 overs early”. However, Punjab scored just 17 runs in the next 10 deliveries and the match could have gone either way, in last ball.

KL Rahul needs to learn to finish games as early as possible to up the Net Run Rate (NRR). He needs play the match as if setting a target for the opposition. It does not mean that you win the games, because you deserve to but, KL Rahul deserved to finish the game early. He never realized that his team was in a better position. And they need some twos, or fours at the final stage of the match. Chris Gayle did his job. Who’ll be blamed? Nicholas Pooran, or KL Rahul if Punjab had lost the game? It’s great tip. And that’s the reason, where Virendra Sehwag blamed KL Rahul.