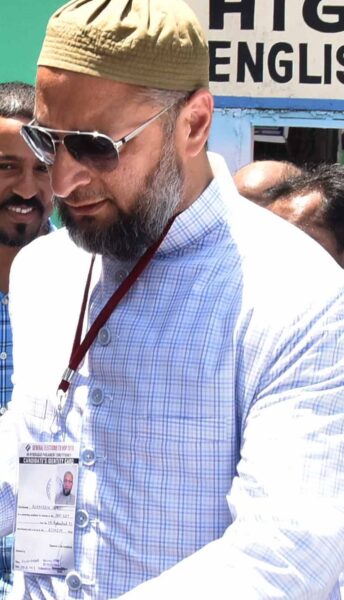 The mainstream media claimed repeatedly that the Police encounter of so called “Rapists” as the biggest news. Further, they looked happy to show that Police encounter had to be done because there was no other option left. And also they narrated the Police encounter of the “Rapists” by thinking that people will be pleased. Moreover, they presented the story as at least the culprits got what they deserved. But, Asaduddin Owaisi said that he is always against encounters. Police should have shot on the legs of the criminals and could have caught them alive. It was not so because something looks fishy.

When we analyzed with our previous reports we noticed that court’s judgement against the culprits would be appropriate. The court should have given them their due punishment and not the Police.

It was also further noticed that the four killed in the encounter might be some other four. Parents of the rape victim cannot identify the rapists and that is what made the Police to take advantage of. It’s clear that parents have not seen the culprits and the mainstream media declared the Police encounter as the big news. The big news would have been if the rapists got their due punishment by the court. And they would have got severe punishment if not hanged to death. Such punishment publicly could have done justice for no more rapes to happen.

Here, if culprits get punished publicly or hanged then people will be afraid to commit such heinous crime. Not only the criminals raped the Hyderabad Vet but also burnt her. This is sad or there’s something fishy as the media jumping to explain the Police encounter pleased the parents of the victim. Yes, the parents of the victim might be pleased that the culprits got killed but does that justifiable for female safety in India?