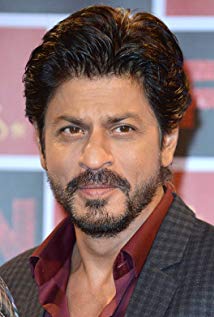 Shah Rukh Khan does bigger Charity than any other Bollywood actor

We at inhandwriter already have learned about Akshay Kumar donating Rs 25 Crores to PM cares account. And Salman Khan also does Charity work through his Being Human foundation. Salman Khan served financially to the 25000 daily wage workers from Bollywood recently. However, how many of us know that Shah Rukh Khan does bigger Charity than any other Bollywood actor? There are still many people wondering why the Khans did not do Charity during this current crises of Corona Virus?

The Khans do help the poor Indians but never come out to disclose their good deeds. They might be in a bit of bother about their life after death but who knows what makes them good Muslims? Truly the Almighty is most forgiving for the believers. And the Almighty gives more importance to Charity after 5 time prayers according to Islam. Charity in Islam is better if it’s hidden but you can still be known that you’re helping the poor. So, in this case you don’t need to worry for the Lord of the Worlds always knows your intentions. Your intentions of what you conceal and what you reveal. You’ll be rewarded for all your good deeds and you’ll be punished if you do not believe in the Unseen Lord of the world. “To Allah, the Lord of the Worlds we belong to and to Him we’ll return”.

Shah Rukh Khan does bigger Charity works than any other actor but he never believes in showing off. He also never talks about his Charity works in any program. He single handedly helps the poor and wants to help more people financially. His taking of responsibilities of the expenses of the poor patients of cancer and accident victims are also hidden. However, we’re revealing this because a few foreign websites published this. Though most of the people are unaware of SRK’s charity work. But we’re proud to make it clear that SRK does bigger Charity than any other Bollywood actor.