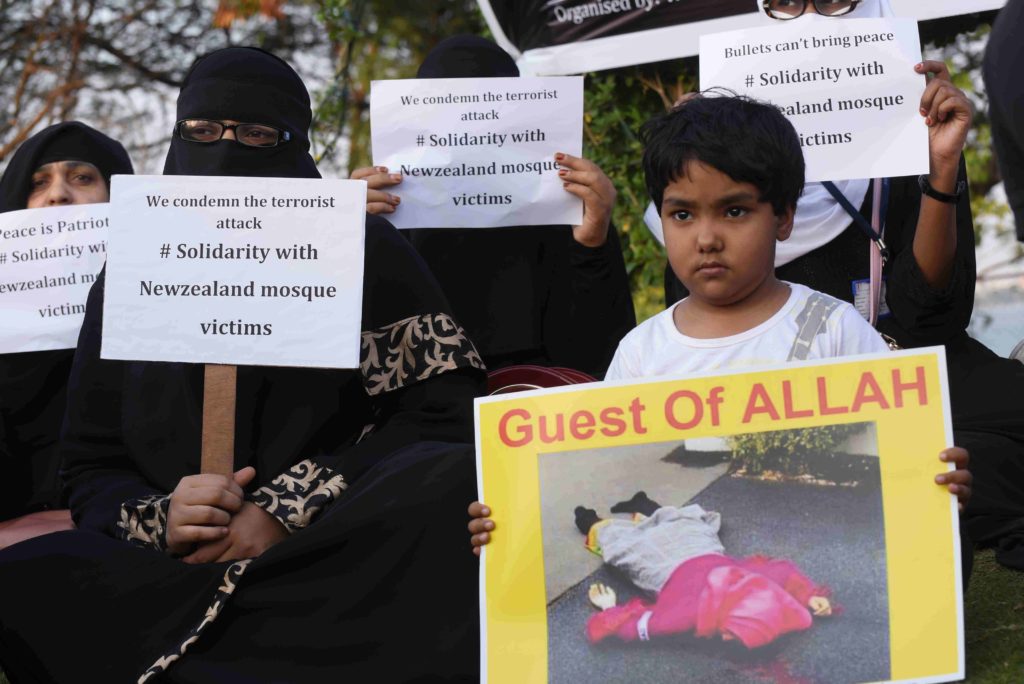 World benefits with Islam as peaceful religion, which teaches patience and peace along with cooperation with each other. We need to condemn the killings of any innocent in this world. Terrorists are not Muslims and have no knowledge of Islam.

Christchurch killings in New Zealand, where 49 Muslims were Martyred while praying Friday prayers should have shaken the world. No, everywhere in the media even in India people are trying these days to justify but not condemning it because the dead ones were Muslims.

Islam is Patience and Peace:

Islam is the fastest growing religion on earth because of the benefits Islam provides. To the One, the Muslims should worship and follow what had taught to them by Islam from the last and final messenger of Allah. The Prophet Mohammed (peace be upon him) taught good manners and about jihad, the world gives different meaning. Jihad means self control. Jihad is the patience one should keep when one gets harmed or insulted. Jihad means one should behave well. And in the olden days, Islam was under threat and Muslims were told to defend and fight with enemy to get saved, which was also Jihad.

Whenever, the Hindus were told if Islam is unacceptable religion then why it is growing so fast? Then, it is amusing to know from them that Muslims give birth to more children and so Islam is growing, which is a joke in itself. I challenge you to say “no religion is as clear and peaceful than Islam and if you have any doubt read the Holy Quran and the Hadiths from Sahi Bukhari”.

Every human being on the earth has the same right; what he or she wills to do or not. We cannot insult each other by bringing in between the hatred. We see these days lots of lies being told about Islam and the people, who misunderstand Islam, hate Muslims. This should be stopped. Peace should be the subject allover the world. Indians changed history and continued till present period with fake stories. Whenever some calamity happens Muslims blamed for that. The most shocking atmosphere these days created is even if an earthquake puts certain place on disaster then Muslims will be blamed for creating the earthquake as such.

Hindus and their thoughts:

Hinduism learned a lot from Islam so as other religions. During the very old period Hindus had caste system, Sati and much more. It was shameful for a Hindu woman when her husband dies she used to get tortured and there was a lot of unacceptable things in the Hinduism. Thus, when Islam spread in India with peacefulness and the great Moghuls, who developed India and made the living easy but they are till today criticized since many years. Hindus post independence from the British started blaming only the Moghuls. Hindus feel Moghuls were responsible for conquering India and ruling the country in what it is misunderstood as the Moghuls tortured the Hindus. No, it is a pure lie. Moghuls enriched India and played a key role for India’s benefit only.

In short, Hindus’ thinking must be changed otherwise there will not be any peace in India.

9 thoughts on “World benefits with Islam as peaceful religion”