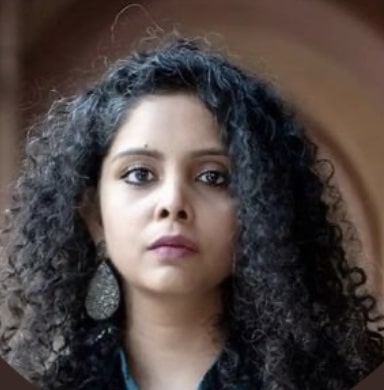 Rana Ayyub is victim of False Case…Read What She Wrote.

“The Hindu IT Cell has lodged a malicious and baseless FIR against me in Uttar Pradesh. Alleging that I have fraudulently taken donations on Ketto for COVID relief work. I have been defamed, trolled and abused online on the basis of this allegation. For the record I wish to inform everyone that the entire donation received through Ketto is accounted for, and not a single paisa has been misused. The receipt of donations did not violate any law. Further, I have paid a heavy amount of tax on the donations, as directed by the CBDT. Although I believe that the donations ought not to have taxed. So, that more money could be used for relief work”.

Though Rana Ayyub is victim of false case says further that: “Such donations are exempt from taxes as per the policy. And law of the land. I am taking necessary steps in that regard with the CBDT. My accounts and the donations have both been scrutinized by the IT department. A fair investigation will bring truth for all. Any amount of hate and propaganda will not stop me from pursuing my profession honestly. Nor will I allow bullying tactics to prevent me from doing relief work when it’s most needed”.

Further again she said: “I shall continue to do my journalism”: Rana Ayyub.

This was edited for readability but it’s a complete 100% copy of what Rana Ayyub wrote on social media.

Rana Ayyub is a prominent figure too as she was born in Mumbai, India and grew up witnessing hatred against Muslims. Her family moved from the 92-93 riot hit Mumbai to a place dominated by Muslims. Her fear against the attacks over Indian Muslims made her to be practicing Muslim. She used to be a pious Muslim and a peaceful person.

She was popularly known more with her Father’s famous writing. Her father used to write for a Mumbai based magazine, Blitz. Rana Ayyub is also an important member of the progressive writers movement. The Mumbai city witnessed riots in 1992-93. Therefore, the family moved to Deonar. Rana then largely grew up in the Muslim dominant Deonar.

Rana Ayyub worked as an investigative journalist at Tehalka. She was given a task from Tehalka as an assignment to carry out the sting operation upon. Her book Gujarat Files was based upon her sting operations over 2002 Gujarat riots. She completed the sting operation but the management of Tehelka refused to publish any work written by her. The book was based on the data collected by her with herculean efforts.

How We Report Posts Like Rana Ayyub is Victim…, Etc.