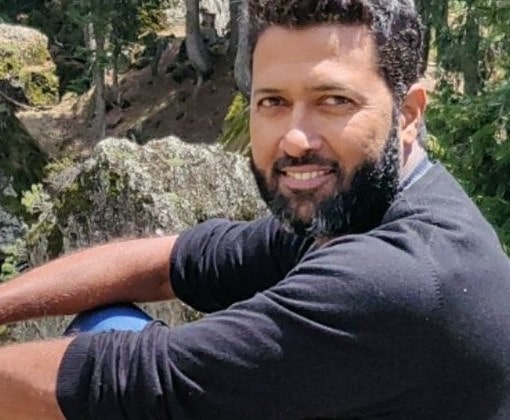 “The PCB (Pakistan Cricket Board) have every reason to be disappointed with the ECB (England Cricket Board). Pakistan and West Indies toured England last year during pandemic before vaccinations. England owes so much to both Pakistan and West Indies. Least ECB should’ve taken a step is to proceed with the reciprocal tours. There are no winners when cricket is cancelled”. Said Wasim Jaffer.

He was right when he spoke in favor of cricket than in favor of PCB. PCB was reasonably disappointed when England also cancelled their forthcoming tour to Pakistan.

His fans blasted at him when he tweeted.

One of the followers, who prefers to keep Pakistan name for his twitter profile as “Pakistan Untold” criticized Jaffer with irrelevant video clips.

That was not enough when some people also started speaking against Wasim Jaffer. A few Pakistanis thankful to him. There was no intent of Wasim Jaffer to please Pakistanis or PCB. Anyways, Jaffer was exposed wrongly to speak against cricket lovers in India. His fault was to let cricket tours of Pakistan carry on. Also his fault was to support cricket tours to be played in countries as promised, and this time it is Pakistan at the receiving end. So, delighted Indian cricket fans over cancellation of Pakistan tours by New Zealand followed by England without valid reasons, abused Wasim Jaffer.

As earlier mentioned, the twitter account “Pakistan Untold” continued replying to Jaffer with evidences of video clips. Those, video clips claimed with some words to blame Pakistani players used to do Cricket Jihad. The video clips showed that Pakistani cricketers either invited Brian Lara or spoke about the benefits of Islam. Inzamam Ul Haq to Mohammed Yousuf (earlier Christian) were termed as “Cricket Jihadis”.

Is it not good to explain about one’s religion if it benefits people of other religions? Pakistani cricketers like Wasim Akram used to teach few Indian bowlers to bowl better. So is the religion, where if you find good in your religion then you can say to others too in order to benefit them.

Some others including Saeed Anwar and Saqlain Mushtaq also were responsible for converting non Muslims to Muslims. It’s time to stop abusing someone, who wants to say something good. Here, Wasim Jaffer worry cricket tours cancelled without valid reasons. Who would think practically, though Pakistan troubled when ECB also cancelled their upcoming tour to Pakistan. That’s an issue, if an Indian raises his voice and also if he’s a Muslim then he would be abused or trolled.

This is the thinking of some people of India. Many cricketers from countries other than India and Pakistan expressed their views in support of playing cricket in Pakistan. That’s where Some Indians lack behind because these cricketers were not abused when they spoke in favor of Pakistan. But Jaffer was abused.

Also Read Below About How We Reported Posts like Wasim Jaffer Worry Cricket Tours Cancelled…, Etc.