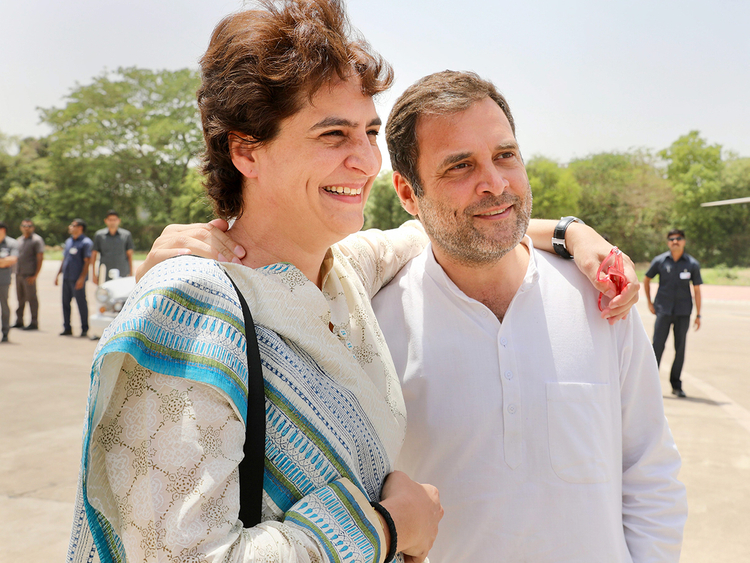 The month is Navratra month in India as Priyanka Gandhi makeover of Durga idol insults Bhakts. This is how, farmers doing their best to give their respect to Priyanka Gandhi for raising voice against disrespecting farmers. Priyanka Gandhi initiated a fight against BJP to lift farmers and keep India away from rise of prices. This way, Congress becomes a favorite in the eyes of the farmers.

Earlier, Priyanka also tweeted to the Prime Minister Narendra Modi to arrest BJP leader’s son for riding his SUVs over the farmers. Later, the farmers let the cars on fire. Then media opened the eyes and reported against the burning of cars. This is why the media is called “godi-media”.

In a latest move the “godi-media” framed the farmers as terrorists. However, the truth popped up quickly. The release of videos saved the farmers. Now, farmers are so clever even so many of them lost their lives fighting against the three farm laws, created a poster. The poster depicts Priyanka Gandhi makeover of Durga idol. In Hinduism, Durga is a goddess, and Hindus worship Durga as Durga-Maa. This way, BJP is consistently losing hopes to survive in India.

The “godi-media” also keeps fooling people since a longtime. Sooner their foolishness exposes their tricks, and so “godi-media insulted every other time. Well, the blame game continues, and the Andh-Bhakts opening their eyes, but still in support of BJP. It’s time to think more about Uttar Pradesh elections. Well, the farmers have so many reasons to show Priyanka as Durga Maa. One double reason is an actress performed Sita role and actor too performed Ram role, on and off screen. Hindus need to learn their religious books than watching Ramayana or Mahabharata.

How We Report Posts Like Priyanka Gandhi Makeover Of Durga Idol…, Etc.