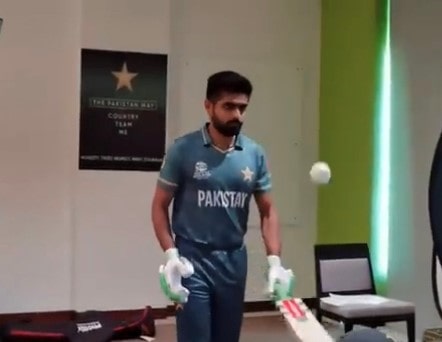 Why World Cup T20 Pakistan wants to win desperately? The reason is quite simple. Pakistani players and PCB (Pakistan Cricket Board) is in serious shock because of Pakistan tour cancellations by New Zealand and then England. PCB is financially in deep trouble as no big teams visiting Pakistan to play cricket. The most richest cricket board in the world is BCCI (Board of Control for Cricket in India). Also simply Pakistan if plays better cricket then ever before, it would regain the status, which UAE’s Sharjah cup provided.

India lost consistently in Sharjah against Pakistan, and then India preferred not to play Sharjah cup, but prefers to play in Sharjah. A few IPL games also played at Sharjah in the UAE.

The T20 World Cup Match on Oct 24 will go anywhere either in favor of Pakistan or India. What’s more good to know is both India and Pakistan looking forward to win the coveted World Cup T20. Pakistan lost all their league matches in the big World Cup ODI tournaments and in the World Cup T20s too. However, Pakistan defeated India in the biggest World championship tournament, the Champions Trophy.

In the final of the Champions Trophy Pakistan played good cricket and thrashed India to put India’s fans stunned. That was the past, but now India’s growth in cricket is because of most talented cricketers produced every year and the facilities in India too good as the cricket board is too rich.

Here, World Cup T20 Pakistan wants to win to show the world how a country can come out of the crises. A deep trouble that Pakistan has gone through since many years. Many non Pakistani cricketers and experts were shocked when New Zealand and England cancelled Pakistan tour.

They also said Pakistan keeps high security and is the safest place. However, to gain something utilizing the opportunity of World Cup T20 Pakistan wants to win desperately. Former fastest Pakistani bowler Shoaib Akhtar expressed his thoughts claiming “if Pakistan can score 180 then India will be in deep trouble. It’s World Cup not IPL (Indian Premier League).

PM Imran Khan is silent and said nothing about cricket and the T20 World Cup. However, he said something else below:

I want to appreciate my team for their dedication & the passion they showed in making this video in a short time, on the spread of Islam & Muslims power and renaissance of learning & the decline that followed. Our youth especially need to understand this. Video

How We Report Posts Like World Cup T20 Pakistan…, Etc.