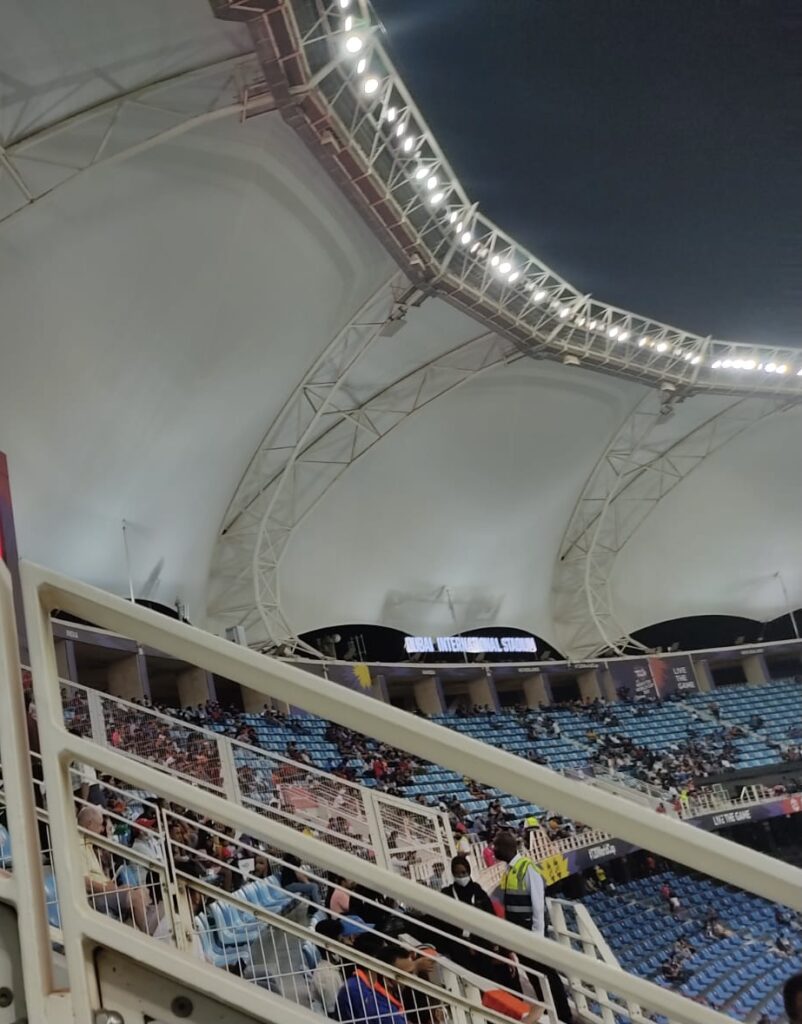 ICC (International Cricket Council) have some issues still not resolved with BCCI. Every team, who wins any match in the super 12 will get $40,000 each. So, BCCI after not exempting tax to ICC still managed to gain $120,000 after winning 3 super 12 matches. Sponsors provide huge money to the ICC and the hosts will have so many advantages. Yet, BCCI hasn’t resolved the tax exemption, which they didn’t do with the ICC earlier. A nation, who hosts ICC events need to do tax exemptions and comply with sponsorship rights with ICC. BCCI shifted T20 World Cup from India to UAE not because of pandemic but not to lose anymore and gain a bit.

If BCCI hosted T20 World Cup in India, then BCCI would have been in a bit of loss after duly resolving earlier tax exemption issue.

Australia was supposed to host this T20 World Cup in 2020, but because of the pandemic, the tournament postponed. India then asked ICC to host T20 World Cup in India in the year 2021. But again India need to pay huge money to resolve tax exemption issue with ICC and sponsorship issues. The T20 World Cup winner prize money is $1.6M. Runners up will get $800,000. Semi finalists will get $400,000 each.

BCCI Opted Not To Lose Money

So, still India by not hosting ICC T20 World Cup in India, BCCI have earned $120,000. BCCI have to pay huge money, which’s not yet confirmed to resolve issue with ICC. If BCCI had paid that much amount then it would still gain advantage of tourism benefits as cricket fans travel the nations where cricket played. So, UAE was benefited in this case and India didn’t and also lost foreign investments. BCCI didn’t do much to shift T20 World Cup from India to UAE, but didn’t resolved the issues with ICC because of money. This is money matter not because of pandemic BCCI shifted T20 World Cup from India to UAE. Again it was in BCCI’s hands but later it wasn’t. And was up to ICC.

In order to play safe not to lose huge money by resolving tax exemption and sponsorship issues, BCCI lost out to ICC and ICC didn’t looked back. ICC have to conduct T20 World Cup in the UAE and Oman. BCCI shifted T20 World Cup from India to UAE wasn’t in BCCI’s hands. Losing huge money to resolve earlier tax exemption and sponsorship issues were in BCCI’s mind and so BCCI opted out. The next T20 World Cup will return back to Australia and the money making and tourism benefit to foreign investment tournament will be in Australia’s favor in Oct 2022.

You should be aware of what’s happening rather than read more without understanding the main issues. We’re an independent channel.

Do keep visiting us frequently and search with your choicest words with the use of our search box. You can read many topics in quick time and much more different content. Content you will enjoy like, Latest News, Tech, Business, Health, Scripts, Poetry, Lyrics, eBooks, etc.